You grant your consent to all cookies by clicking on the “Accept all” button. If you want to accept only technically necessary cookies, click on the “Only necessary“ button.

Accept all Only necessary Settings
Menu

get in touch,
don't hesitate to ask!

We will be glad to answer your questions,
as well as to hear any comments you may have.

The History of Masaryk Basic School

The history of our school began in 1892 when the local school board announced a competition for the construction of the new Girl´s School. The most recognized place was in the Rudolph Street. There were four barns and beyond them was sufficient space. From the submitted proposals, three of them were chosen – the first prize received Prague architect V. Kaur. Budget 90 000 gold seemed too high, and therefore more economical V. Kaura´s plan was developed (50 000 gold).

The construction was entrusted to the builder Fr. Skřivánek. Work was begun in the spring of 1894. In September the school building was in such a condition that some rooms were completed and therefore 23rd September 1894 by decision of the village, there could be the consecration ceremony. The school building was consecrated by bishop of Hradec Králové Edvard Jan Nepomuk Brynych.

Girl´s School got the number "357 in advance". The school construction cost 60,408 gold and one penny.
Third February 1895 was a new school janitor Josef Andrle moved in to a basement apartment. He heated all rooms.
The first school year 1895/96 began September 18, 1895 with the number of female pupils and 648 teaching staff. The school was led by Josef Kuthan.
September 23, 1897 was elected a new director, Kliment Čermák, who is known not only for his educational activities, but he also worked as an archaeologist, numismatist, a writer. In 1914, when World War I began, had to withdraw students' educational interests of the army. Soldiers occupied the school premises and later there was established a hospital for the wounded. Girls, meanwhile, learned in the Boy School.

After the war the school was alive again. Because children like change, some lessons took place in the school garden during the spring months. There were also benches and boards.

Also, World War II affected the running of schools. The building was evacuated again for military purposes. It happened in January 1941. Girls are taught in Boy School. In late August 1944, the whole school was occupied for the German youth.

The war ended. Everything was slowly returning to the original track, and so could the 10th September started as the school year 1945/46.
The school began to make adjustments and repairs. Facade of the building was modified (1946), set up youth center (1950), were allocated new rooms in the former Court (1966), rebuilt central heating, bathroom, bought new furniture (70's), restored facade of the school (80's ).

70's and 80's in education were also marked by the normalization process. Yet the school has remained a place that provided students a solid foundation for future life.

The fundamental changes that occurred after November 1989 in the whole of our society, affected the school system. Schools have become non - political, teachers were given more freedom and confidence, but also greater responsibility for the upbringing and education of our children.

School director since January 1990 was Mgr. Zdeněk Havelka. After him, since 1992/93 was elected a new director, Mgr. Eva Srnská. A period of structural changes in the school began.

During the holidays of 1993 was a complete reconstruction of power lines. A long-awaited construction began with the lack of which have faced generations of teachers and pupils. The cost of construction amounted to 14 million CZK. Now  the gym is not only used by students of our school, but is opened to other organizations.

In 2000, the gasification was carried out throughout the school. This change facilitated the janitor ´s work and ensured ecological heating of the school building. In 2000 computer classroom was modernized. The school was connected to the Internet. In 2002 and 2003 the roof and windows were replaced. The facade was insulated.
In the academic year 2003/2004 the management of school changed – Mgr. Jaroslav Vostrovský became a director.

The name of our town is Čáslav.  Over 10 000 inhabitants live there. Čáslav is situated in central Bohemia. It si about 80 km far from Prague. 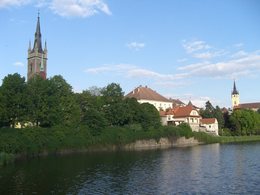 The history of Čáslav begins after year 800 by founding  the citadel and a settlement called Hrádek. The New town was founded by the Czech king Přemysl Otakar II. in 1250. During Thirty Years´  War, in 1639 and 1642, Čáslav was devastated and burnt down by Swedish troops. 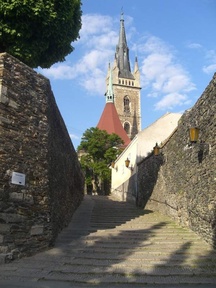 In the middle of this town, there is a historical square with the gothic church of St. Peter and Paul. It was built in the 13 th century. In the 15 th century Bohemian parlament debated in this church. In 1910 remains of famous Hussite general Jan Žižka from Trocnov were discovered there. 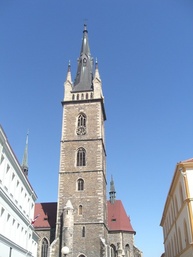 The monument of this famous commander Jan Žižka is situated in the town park. This monument was made by Myslbek. 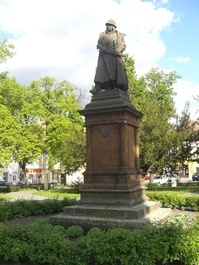 The baroque town hall is from the 18 th century. In the town hall, there is the Žižka hall on the first floor. We can see the remains of Jan Žižka there.  Jan Žižka was a leader of fighters during the Husite wars. 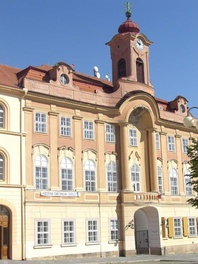 Near the town hall, there is an inquiry office. 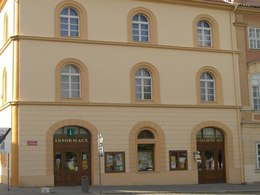 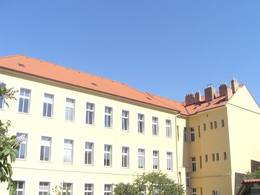 We can visit these cultural institutions – Dusík theatre, Forman cinema and the museum. 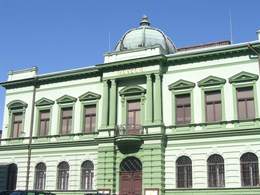 In our town, there are an excellent  sports facilities. On the outskirts of  the town, a big sports park is situated. It is called Vodranty. Many people spend their free time there. People often go for walks there because the park is large. They also can play tennis, football and floorball there. They can swim in the swimming pool. In the last decade, the swimming pool was rebuilt. In sport park, there is an athletics stadium with modern running tracks. At the athletics stadium Jarmila Kratochvílová, the Olympic champion, has trained. 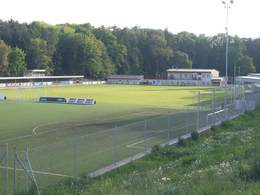 There are other interesting places near the town Čáslav. The most famous si Kutná Hora with many old buildings. Among the most important buildings in the area there are the St. Barbara´s Cathedral, the Stone House, the Church of St. James, the Jesuit College, Italian Court and Marian Column… These sights belong to the UNESCO World Heritage.

Near Čáslav there is a village Žleby. It is well known for the baroque – romantic castle, called Zámek Žleby. This castle is often a target of sight-  seeing. Castle park has a plenty of wild animals.

About 15 km to the east of Čáslav, the ruins of the Lichnice Castle are located. They lie on the edge of the Iron Mountains. These mountains are about 1 000 metres above the sea level.

Another interesting place is a deer park. This park is located about 15 km to the east of Kutná Hora. It is a natural reserve located close to village Žehušice.